Why Lord Maruti workship as a monkey God? 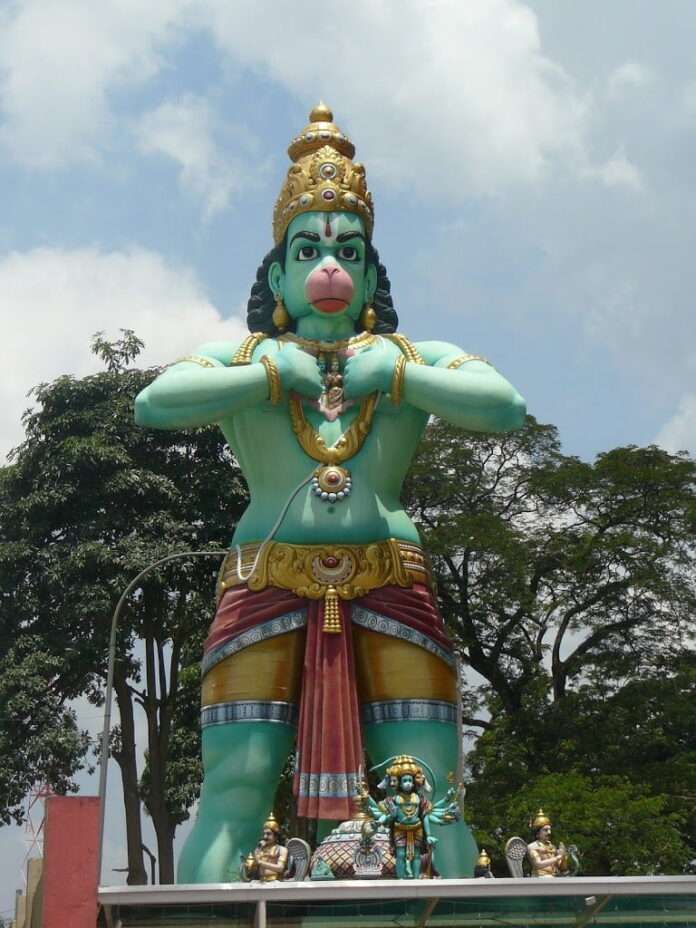 According to the legend mentioned in the mythological texts, Bajrang Bali’s mother Anjani was a nymph in the palace of Indraj in her former birth.  His name was Punjikasthala.  His appearance was very attractive and playful.  Once, due to fickleness, he treated a rishi engaged in austerity, then the sage cursed Punjikasthala in anger that she would take the form of Banari.  Hearing this curse, Punjikasthala felt self-sacrificing and he begged for forgiveness from the sage to withdraw the curse, then the sage said in kindness that your monkey form will also be supremely beautiful and you will give birth to a very famous and famous son.

So let us know how Bajrangbali i.e. Hanuman ji was born and why he got monkey form?

After getting the curse from the sage who was absorbed in penance, Indra Dev asked Punjikasthala to ask for the desired boon.  Then Punjikasthala asked Indra Dev to grant him freedom from the curse given by the sage if possible.  When asked by Indradev, Punjikasthala told that I realized that  sage is a monkey and I started throwing fruits at those sages but he was not an ordinary monkey but the most ascetic monky.  Because of my austerity, he cursed me whenever I love someone, I will take the form of a monkey.  Even after I have such a form, that person’s love will not diminish towards me.  Indradev said after listening to the entire account that you will have to live on earth and live there, you will love a prince who will become your husband.  After marriage, you will give birth to Shiva’s avatar and then you will get freedom from this curse.

Hearing Indra’s words, Punjikasthala started dwelling on earth as Anjani.  She once saw a young man in the forest and she was attracted.  As soon as the young man saw Anjani, Anjani’s face turned to a monkey.  Anjani hid her face from the young man.  When the young man came to him, Anjani said that I am very ugly but when Anjani looked at that young man, he was also in monkey form.  That young man said that I am Vanararaj Kesari and I can take human form whenever I want.  The two fell in love with each other and got married.

After some time, when both the children were deprived of happiness, Anjani came to Matang Rishi and told his pain, then Mathang Rishi asked him to go to Swami Tirtha situated on Mount Narayan and fast for 12 years and do penance.  Then once Vayu Deva was pleased with the penance of Anjani and gave him a boon that you will get the penetrating and powerful son of Agni, Surya, Suvarna, Veda Vedangas.

After receiving this boon, she started doing penance to Shiva, then  lord Shiva was pleased and asked him to ask for a boon, then Anjana said about the curse received by Rishi and said that in order to be free from this curse, I am an avatar of Shiva  To be born, so please take birth in my child form.  Shiva blessed Anjani and Shiva was born as Bajrang Bali from Anjana’s womb.Lord  Hanuman is also called Anjaneya due to being Anjani’s son.