Understanding The Battle Of Lord Krishna and Lord shiva 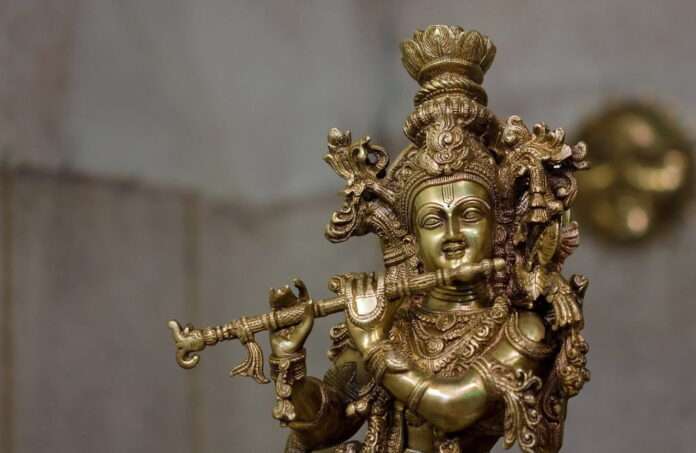 There are many such stories in Hinduism, in which the power of the gods is told.  You may have read many of these saga, but there are some that you may not have read till date.  One such story is about the war of  Lord Krishna And lord shiva

Lord Krishna is considered an incarnation of Vishnu.  Lord Vishnu and Shiva are also devotees of each other.  According to the stories found in the Puranas, a person who does not believe in Shiva cannot be loved by Vishnu.  Similarly, the enemy of Vishnu could not be a part of the grace of Shiva. But an incident occurred where Lord Krishna, the incarnation of Lord Shiva and Vishnu came face to face in the war, and the Mahasangram broke.

According to the legend of the war between Shiva and Shri Krishna in the Puranas, according to the legend, King Bali’s son Banasura meditated on Lord Shiva and received the blessing of thousands of arms from him.  Fearful of the force of the merchant, all were afraid to fight him.  This made Vansur proud of the force.  Usha, the daughter of Vayanasura, saw Anirudh, grandson of Shri Krishna, in a dream.  Usha was fascinated by seeing Anirudh in her dream.  Usha told her mind to Sakhi.  Sakhi stole Anirudh from his palace with his elusive knowledge from the palace and brought it to Usha’s bedroom.  When Anirudh woke up, he lost sight of Usha, Anirudh too was fascinated by Usha’s beauty.  When the consort found out that there was a man in his daughter’s bedroom, she went to Usha’s bedroom with the soldiers.  There the merchant saw Anirudh.

Banasur’s anger was not limited and he challenged Anirudh to battle.  There was a war between Vamsur and Anirudh.  When all the weapons of Vansur failed, he tied Anirudh in Nagpash and captured him.  When Shri Krishna came to know about this whole incident, he reached the capital of Banasura with his army.  There was a war between Shri Krishna and Vayanasura.  Seeing his defeat in the war, Banasura remembered Shiva who gave Banasura the boon to protect in times of crisis.

I will not be able to follow this law  in your presence, Lord Krishna, hearing these things, Lord Shiva left the battle ground.  After this, Shri Krishna cut off everyone from the Sudarshan Chakra except the four arms of Vansasura.  The vanasur was proud and apologized to Shri Krishna and got Anirudh married to Usha.