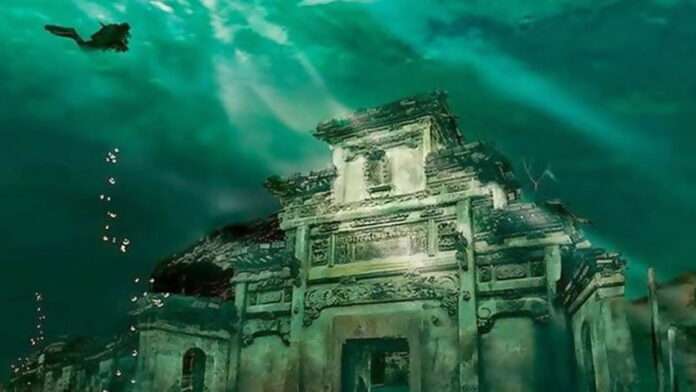 Dwarka is a famous city in south-west Gujarat state, west-central India. It is located on the western coast of the Okhamandal Peninsula, a small western extension of the Kathiawar Peninsula. Dwarka The City of Many Gates (Dwarka or Dvaravati in Sanskrit) is also known as Jagat or Jigata. Dwarka was the mythical capital of Lord Krishna, who founded it after his exodus from Mathura. Due to its purity, it is one of the seven major Hindu pilgrimage centers and one of the Char Dhams. This is the “Karam Bhoomi” of Shri Krishna.

Shri Krishna is said to have settled Dwarka and brought Yaduvanshis from Mathura to make this prosperous city their capital. He held the reins of the entire country in his hands while he sat here. The Pandavas had their backs. Dharma’s victory and the abolition of unjust kings like Shishupala and Duryodhana. At the time, Dwarka had become the capital. Big rulers used to visit here and seek Lord Krishna’s assistance on a variety of issues. Not only does this location hold religious significance, but it also holds a great deal of mystery. It is said that with the death of Krishna, his inhabited city was submerged in the sea. Even today the remains of that city are present here.

‘Hari Griha’ was the name of the location where his personal palace was located. Today, the famed Dwarkadhish Temple can be found there. The initial temple is thought to have been built here by Vrajnabha, Lord Krishna’s great-grandson. As a result, Krishna worshippers regard it as a significant pilgrimage. Kushasthali was Dwarka’s ancient name. According to legend, the name Kushasthali was given to the city after King Raivatak performed a yajna by placing a kush in the water.

Dwarka is now a city. A border wall has been drawn around a section of the town, and all of the major temples are located within it. Although the city’s old temples were destroyed by Delhi’s kings in 1372.

Gopi Lake and Dwarkavan are included in the Jagat Mandir in Dwarka tourist attractions; a five-story ancient temple with a 48 m high carved minaret, the famed Ranchhodraiji Temple, and Matsyavatar Temple in Shankhodwar Island, 32 km away; Other pilgrimage sites include Gomti Dwarka, Nishpaap Kund, Parikrama, Durvasa and Trivikram Temples, Kusheshwar Temple, and others.

The conch pond can be found one and a half miles from the Ranchod temple. At this location, Lord Krishna defeated the demon Shankh. A temple dedicated to Shankh Narayan may be found on the river’s bank. Bathing in the conch-pond and visiting the conch-Narayan are both quite beneficial.

The Mystery of Dwaraka

Following his departure from Mathura, Lord Krishna founded a new city in the Dwarka region’s ruined city area. Lord Krishna had restored the habitability of his ancestors’ homeland, but what had happened to Dwarka? Who was responsible for the destruction of Dwarka? Was Dwarka obliterated by a natural disaster? Has Dwarka been destroyed by a celestial force or a marine force? After all, Dwarka was destroyed, and she later drowned in the sea.

Well-known researchers have worked for a long time to discover the secret of Dwarka described in the Puranas, but no study based on scientific facts has been accomplished to date. In 2005, a movement was initiated to uncover the secrets of Dwarka. This action was also assisted by the Indian Navy. Mutilated stones were discovered in the depths of the sea during the voyage, along with roughly 200 other samples, but it has yet to be determined whether this is the same city as the one founded by Lord Krishna. Scuba diving is still being used by scientists to solve this riddle trapped in the depths of the ocean.