The Dark History Of Chittorgarh Palace 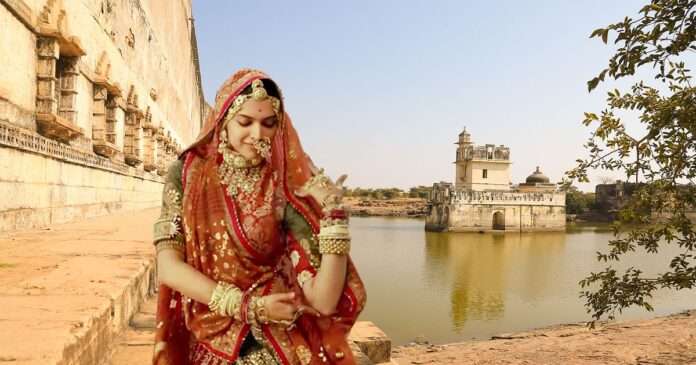 Today, I’ve brought you some information that has recently been quite popular in our country. Friends, now I will inform you about Chittorgarh. Chittorgarh’s history is fascinating; it is the birthplace of many of our country’s great heroes. This land has produced many heroes, and many brave women have sacrificed their lives for their country’s pride.

When Bappa Rawal married the Solanki princess in the eighth century, he received Chittorgarh as a dowry. After that, it was ruled by Bappa Rawal’s descendants. This fort was governed by the Suryavanshi Rajput dynasty from the 7th century to 1568, according to history. The Rajputs had abandoned their realm when the Mughal monarch Akbar assaulted the fort in 1567. After that, Akbar repeatedly destroyed the fort. It was renovated for the second time in 1902, after a long period of neglect. Many times throughout history, this fort has been broken and rebuilt.

Chittorgarh is a town in the Indian state of Rajasthan. The city is known for its palace, which is constructed on a 180-meter hill and spans 691.9 acres. It’s difficult to say how old it is, but it’s supposed that Mahabali Bhima came here in the Mahabharata time to learn about the secret of immortality. This fort has been the site of numerous historical occurrences. This monument is still a popular tourist attraction today.

From its inception, the state has been ruled by Mauryas and Rajputs. When this state came under the Mewar rulers, Rajputs have differing opinions.

Chittorgarh was repeatedly attacked. When the monarch of Chittorgarh has been vanquished in battle, the heroic women of Chittorgarh have chosen the road of Jauhar to safeguard their pride. In the history of Rajput warriors, this sacrifice is unparalleled.

For starters, when Alauddin Khilji conquered Chittorgarh in 1303, Rani Padmavati, Rana Ratan Singh’s wife, committed Jauhar because her husband was killed in the battle. After that, Rani Karnavati committed Jauhar in 1537.

As a result, this palace stands as the pinnacle of Mewar’s heroes’ bravery, valour, patriotism, and sacrifice for their wives and children. Soldiers, women, children, and even kings of this realm thought it was acceptable to sacrifice their lives rather than kneel in front of the Mughal emperors.

Raghav Chetan was an artist in the court of Chittor who also knew magic, according to Malik Mohammad Jayasi’s book Padmavati. For his egotism, he had slain a large number of individuals. When Raja Ratan Singh discovered Raghav Chaitanya engaging in unlawful activities in the palace, he exiled him instantly.

The Archaeological Department excavated in Chittorgarh about 60 years ago. In this excavation, there was also evidence of Jauhar. The warmth of the Jauhar Kund fire can still be felt in the walls here, and anyone who tried to approach this pool was met with an unpleasant sensation.

Chittorgarh was attacked numerous times, but no one could stand up to the fort and the Rajputs’ power. This realm is supposed to have been sacked three times between the seventh and sixteenth centuries.

If this siege is ignored, the fort will be ruled by Rajputs for the rest of its history. Maharana Pratap left this fort and created Udaipur, but Rajputs fought everything they could to save their kingdom throughout these three conflicts. He lost several of his Rajput men three times while defending this fort. Following their defeat in these conflicts, almost 16,000 Rajput women and their children committed Jauhar, a form of suicide.