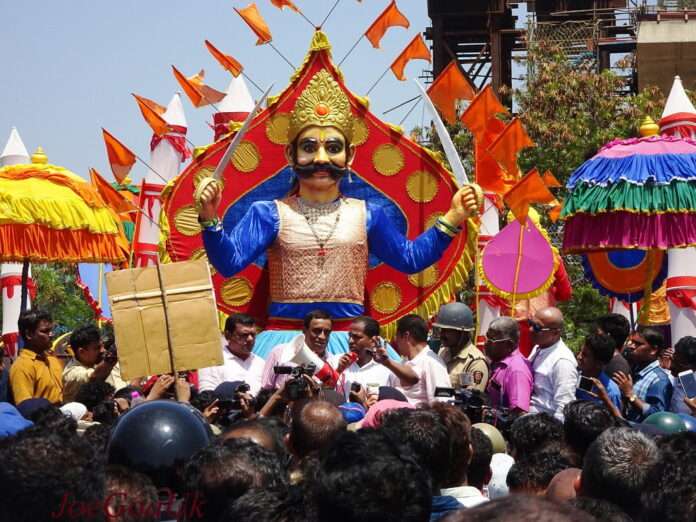 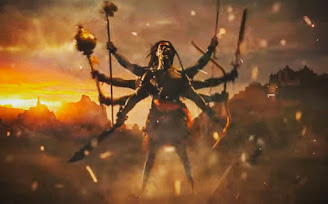 Once Upon  A Time In An Ancient Period, Daksha’s Lord Bramha’s Putra He Is a Prajapati (Lord Of Creature) was entrusted the duty to populate the universe. He and His wife Have many daughters who were married off. Goddess Sati his younger daughter was his favorite.

Sati was an adhishakti on the better half of lord shiva to maintain the balance of the universe and was thus destined to marry lord shiva. But Daksh hates his lifestyle because his life is hermetic.

Then Mata Sati fulfills his destiny, went to the Himalayas to meditate appease lord shiva pleased with the devotion, and marry lord shiva at once. Then lord shiva impresses by her devotion and ready to marry goddess Sati. 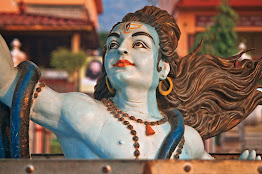 All The God’s Attended Their Wedding But Daksh did not approve of the Marriage because he hates lord shivas. But he reluctantly gave his consent. Then Goddess Sati and lord shiva made mount Kailash and live happy married life there.

Daksh felt insulted as he accepted the hermetic lord shiva and did not accepted the son-in-law and decided to take revenge. Soon after he decided to organized a yagna’s  (ritual sacrifice) and invited all gods to accept Lord shiva.

When Goddess Sati’s Found out about yagna’s.She was furious with his father. She requested Lord shiva for attending the yagna’s, but he refuses”She said I am his daughter and he owns me with no explanation he cannot stop me from being welcomed  to my own home.”Lord Shiva sensible and in trouble and tried to stop sati but he failed to stop her she wouldn’t accept any warning.

When Goddess Sati Arrived at her Fathers house. Daksh welcomed coldly and Then insult Of Her Husband in front of all guests.

She Is Engaged with his Father Behaviour And Furious Sati Declared that She would not tolerate the insult of his husband. On The Front Of All Guest. Then She Invoking a sacrificial fire And Sacrifice For him (ATMA SAMMAN).

Then After Learning the satis Death Lord Shiva is furious And Doing Tandav. He is unable to control His Anger Then He Thrown his (JATAE)To the Earth Bought the superior and very powerful “Rudra Avtar” (veer bhadiran)And ( Bhadra Kali)

To kill And Behead The Daksha’s Even he told to the Veer bharnas that any god come to help of Daksha’s. Veer Bhadra and Bhadra Kali destroyed his arms and beheaded him. 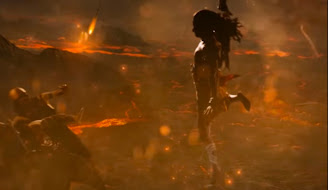 After That Veer bhadra kill Prajapati Daksh.Veer Bhadra Is very Powerfull Avtar and 1st Avtar of (DEVO KE DEV MAHADEV)Nobody Comes for the help Of Daksha’s. Except Lord  Vishnu’s Because “Lord Vishnu “Promises Daksh for his Safety that why lord Vishnu’s Army Fights with veer bhadnas and then veer Bhadra’s destroyed lord vishus Army.

After The request of Lord Brahma’s For his son to Forgiveness for their behavior and for completing the yagna’s.Lord shiva “calm down” and revived Daksh By Replacing the head of the Goat.

Then Lord Shiva First Time Cried, For Sati’s to Take In Lap. Then He Is Emotionally Destroyed From Inside And Started Walking through the universe neglecting his duties then the god was very concerned and approaches the lord Vishu. To help lord Shiva to balance the universe.

Then Lord Vishnu used The Sudarshan Chakra’s to cuts Sati’s burned Body in 51parts and they are felt down in different places which are known as holy places in the Hinduism Religion.

After All, that incident lord shiva takes a Tombstone called(samadhi) and waited millions of years for the Re-born of Adhishakti AS We Called Goddes Parvati.