‘Ladies who changed the Hindu History 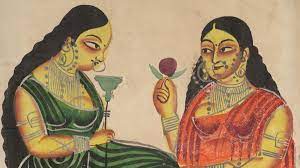 Moving away from the roles of women full of sacrifice, affection, affection, today we will talk about the women of Hindu mythology.  Women who are known for their acts of cruelty.

You know, in Hindu mythology about some women remembered for their evil-

Holika Was Trying To Kill His Nephew Prahalad

‘Pootna’, who tried to kill Shri Krishna with poison

And the one who lost his heart Suprakha

Soorpankha Was the Sister of Raavan

Similarly, the name of Shurpanakha is also included in this mythological stories.  This list includes many more names.  However, these villains are few who are known even today for their deceit and cruelty.

The Lost City Of “Monkey God”in Honduras Of Lord Hanuman